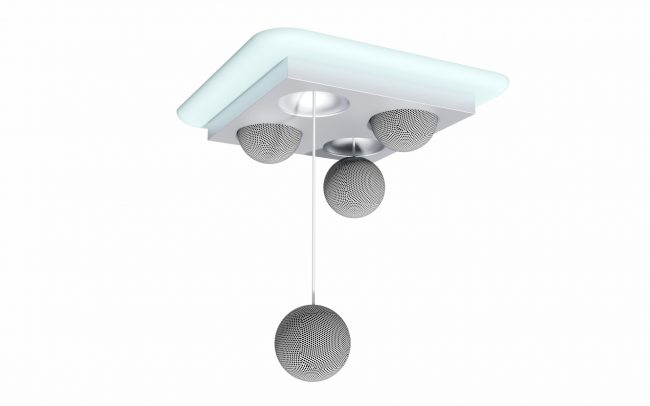 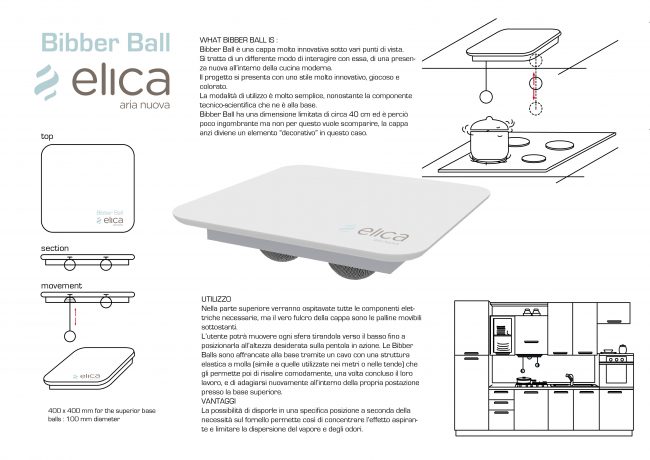 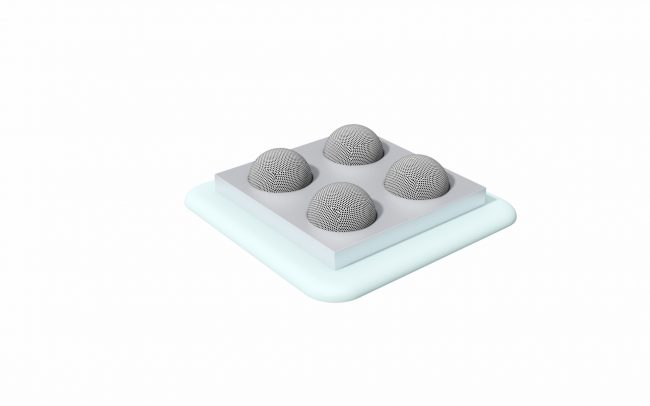 Bibber Ball is a new innovative hood, a new idea and concept for the kitchen.

It’s a new interaction game, with a simple, funny and colored style.
Use Bibber Ball is really simple, the user must pull the balls down with hands and position them at the desired height on the pot : the real hood is the ball so, and the possibility to move them allows to focus the work and limit the spread of vapors and odors in the kitchen.
Dimensions are limited, about 40 cm; it’s space-saving but it does not want to hide him, because it could be a decorative element.
In the upper base will be accommodate all the necessary underneath electric components, but the real hood are balls.
Balls are connected to the upper base with cables using a spring system (similar that used for meters or tents) so when you finish to use the hood they will be simply come back in their starting position.
The technology used for them could be different:
– in a first case, air will be aspired inside the ball and , using an ozonator, could be purified and deodorized and then air will be recirculated.
– in a second case, air aspired will be transformed in water, using a condensation progress, and collected or inside the ball or conduct on the top in the upper base (where will be a removable drawer). Every ball will be openable to allow the cleaning of grids and replacing of filter, but also, in this case, to remove water).
The collected water could be used to watering a plant or to clean the kitchen.
– in a third proposal the hood could also work in a traditional way putting the mechanism in the upper base. In this case cables have to be bibber and an other tube have to connect the base to the wall.
We use plastic and metals.
The style of Bibber Ball could be adapted to every kind of kitchen because is really simple to change upper base and cables color.